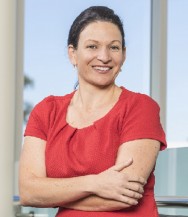 “Well you got to have an opinion” – words spoken by John Travolta’s hitman Vincent in the cult 1994 Tarantino film Pulp Fiction, just moments before accidently shooting the hapless recipient of his comment dead. The scene and subsequent clean-up crisis were played for humour, however considering the obsessive nature of the film’s writer/director it’s not much of a leap to interpret this dialogue as an intentional commentary on the importance of, not just having, but also actively expressing one’s opinion (lest you may as well be dead).

Flash forward some 23 years and it would appear that, in some respects at least, this assertion rings true. The explosive adoption of online social platforms has had an incredible impact on the way we expect ourselves and others to communicate. It is an age where interactivity and short, rapidly delivered messages are the norm. It has given businesses of all sizes access to a loud hailer with which to share details of their services and knowledge; however it also creates a space where your silence on an issue can be deafening.

The defining aspects of brand personalities are increasingly playing out online in real time, as audience members gradually form their assessments of each brand based upon the many words, actions and indeed, inactions, they bear witness to. They have let us into their social space, but we are now beholden to the rule of ‘show’ rather than ‘tell’ if we want them to trust what we have to say.

This is the death knell for playing it safe. Traditional thinking says that your brand should abstain from any position or opinion which has the potential to alienate a segment of your market, no matter how small. However, in the current digital climate this kind of ‘vanilla’ approach isn’t just bland and forgettable; it runs the serious risk of painting your brand as fake and disingenuous – especially if your inaction is out of line with the brand’s espoused values.

Getting this right takes courage, but can also be extremely rewarding. A great example from early 2016 were the actions of semi-anonymous customer service agent ‘Dan from Optus’. Dan became a modern day folk hero for his polite Facebook takedown of users who objected to Optus’ use of targeted foreign language signage (itself a purely commercially-motivated move). Dan’s calm and persistent defence of migrants, foreign language speakers and even first Australians, and his steadfast refusal to kowtow to anything resembling a ‘customer is always right’ approach resulted in viral praise. There’s no doubt Optus would’ve lost some trivial amount of business in the process, but by making this small stand, showed some spine and earned themselves serious credibility.