QUEENSLAND Brain Institute, based at The University of Queensland, has joined the current Executive Leaders series at Queensland Leaders – the organisation that has been called ‘the brains trust’ of business in the Sunshine State.

Queensland Brain Institute is renowned for its work in understanding how the human brain works and applying that knowledge to potential cures and treatment for brain disorders including Parkinson’s disease, Alzheimer’s disease, stroke and traumatic brain injury.

The institute has joined Queensland Leaders in order to develop its ‘smarts’ as a business and to build collaborative relationships with business.

Queensland Brain Institute director Pankaj Sah said the work being done, and discoveries being made, on how the human brain functions would have vast consequences beyond medicine and into technology, community and business.

“In the past five years I’ve been part of two large, national collaborative efforts that are helping us understand how the brain learns and makes decisions,” Professor Sah said. “These processes are really central to the human experience.

“As director of the Queensland Brain Institute, I also know that they’re key elements in running an organisation.

“Managers and CEOs constantly need to weigh up competing strategies, opinions and priorities and decide on a course of action. From these experiences we learn what works, what doesn’t, and why – so that next time, things work more smoothly.

“A big part of how well you do this comes down to your brain – it’s the key to running an efficient, innovative and productive organisation,” Prof. Sah said.

“Our brains are uniquely powerful lumps of matter. Today’s artificial intelligence wows us with its ability to play board games, control autonomous vehicles or recognise our voices – it’s seriously impressive. But AI has nothing on the brain — it’s not even close. 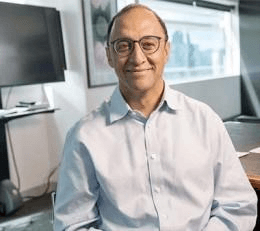 “The AI that can play Go can’t play poker, can’t drive a car, and can’t recognise your voice. Your brain does all of them, effortlessly, and it doesn’t need millions of examples and huge server farms to do the calculations,” he said.

“At the Queensland Brain Institute we’re trying to do two things. First, generate discoveries that lead to treatments for brain disorders like Alzheimer’s disease, stroke, Parkinson’s disease and traumatic brain injury. Second, to unravel the secrets of just how the brain does its incredible work.

“It’s the first one that gets all the attention, but wrapped up in that second goal is some amazing potential with far reaching long term consequences.”

That research was leading towards a greater understanding of how people think, behave and create within an organisation.

“Imagine if we knew why, or how, some brains learned more efficiently than others,” Prof. Sah said. “Or if we could predict when and why people’s focus levels started to drop.

“Neuroscientists are trying to answer these questions, and as they do, we’ll all reap the benefits.

“If you knew the answers to these questions, what would you do with it? Would your business be more efficient and productive?” Prof. Sah asked a recent Queensland Leaders gathering.