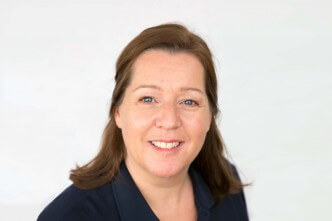 Synthetic Oxytocin is a medication used in maternity care around the world. It is commonly administered to women to induce or to speed up labour, where their own oxytocin levels are not progressing contractions enough.  It is also used to prevent or treat bleeding after birth (Postpartum haemorrhage).

Oxytocin is a hormone that is produced naturally in the mother’s body during labour. It stimulates the uterine muscles, helping them to contract. This in turn increases production of prostaglandins, which increase contractions further.

Being in a safe warm environment during labour, where the mother can be calm, undisturbed and not hurried, increases oxytocin production in her body. Also a gentle hug, touch or massage, will increase oxytocin levels - perhaps this is why it’s sometimes referred to as the “love hormone.”

It is widely believed that Synthetic Oxytocin should only be given as a last resort to induce labour. This is because of its potential side effects for both mother and baby – most of these are anecdotal as there is not research available.

To find out more about these potential side effects, Queensland Cradle Care conducted a survey of mothers in 2020. We asked 222 women whether they had received Synthetic Oxytocin during labour, and asked them to tell us what they noticed about their baby and themselves during and after birth.

Our participant mothers all gave birth between 1970 and 2020, and 80% of them had received Synthetic Oxytocin during labour. Many of the 80% claimed their babies were restless and very alert right from birth – this is unusual because most new babies spend their time sleeping. The mothers also mentioned they had trouble with their milk flow and latching of their babies.

While our survey was not a medical study, the large number of issues reported against high incidence of Synthetic Oxytocin use does raise questions. One would ask what other research could be done to ensure that synthetic oxytocin is actually safe to be administered?

It is also interesting to ask, in how many of the 80% that mothers did get the Synthetic Oxytocin was it really necessary? Could it be that there is just no room or time in the hospital to do that? How can mothers decide for themselves that receiving a synthetic drug is better than creating an environment where her body does increase the oxytocin itself?