Is it time to review your annualised wage arrangements?


An increase to the minimum wage in Modern Awards means it is time to review your annualised wage arrangements! 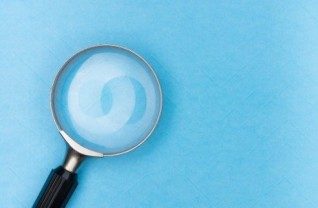 On 15th of June 2022, The Fair Work Commission’s Expert Panel awarded a wage increase of at least 4.6% for employees covered by Modern Awards, which for the majority of Modern Awards, is due to take effect from 1 July 2022.

This decision will trigger a number of adjustments to employer obligations, so it is possible that from 1 July 2022 certain annualised wage arrangements will no longer be compliant.

Are you still compliant?

Companies who facilitate wage reconciliations internally often find the process to be extremely complicated and time consuming.  However, there are severe risks for companies not investing in these annual processes.

2021 saw Victoria follow Queensland’s footsteps by making wage theft a criminal offence. Those in Victoria who commit an offence could face fines of up to $218,088 or up to ten year’s imprisonment for individuals, and a fine of up to $1,090,440 for companies.

Criminal prosecution is not the only risk involved however, as the FWO can also enforce a civil penalty. Over the last 5 years, Australia has seen large corporations such as Woolworths, Target and Qantas be subject to underpayment penalties, demonstrating businesses of all sizes are susceptible to underpayment risks and showing the importance of completing satisfactory due diligence annually.

The overall non-compliance rate found through these audits for the year was 81%, with the most common contraventions relating to:

Within the Corporate Sector, a number of companies had also self-reported non-compliance to the FWO, resulting in 54,500 employees being back-paid a total of more than $100 million.

These figures have risen since last year. In 2020, the non-compliance rate was only 71% with approximately $90 million being back-paid to 12,000 employees.

Mapien has assisted several companies that are considered high-risk with facilitating payroll audits and ensuring compliance, conducting audits in hospitality, community services, and mining over the past 12 months. Points of non-compliance were found in nearly all audits completed.

During this time of change, it is more important than ever for businesses to review and audit their wage arrangements, to avoid any risk of non-compliance

If you would like more information on the impact the minimum wage increase might have on your organisation, please contact us here and a Mapien Workplace Strategist will be in touch ASAP.

For further detail in relation to the Commission’s recent wage decision, please refer to our Article, FWC announces 5.2% increase to National Minimum Wage